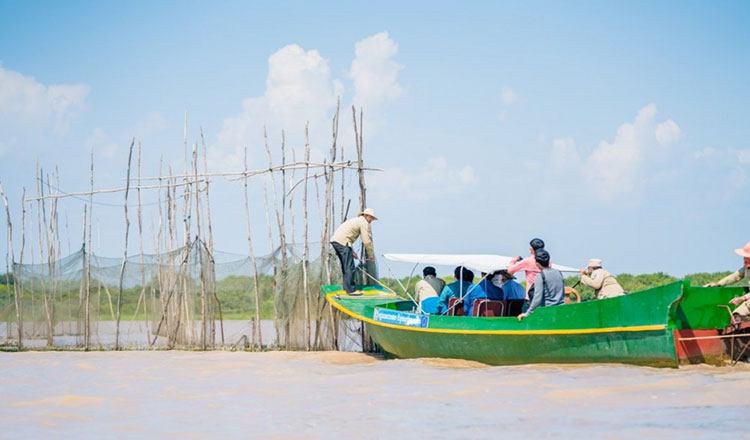 The Secretary of State made the remarks during a visit and donation campaign for the Joint Forces operating in Tonle Sap to suppress fishing crimes, which took place on the afternoon of April 24.

Thuok said that although the yield will not be able to return to the original figures, the production yield is expected to increase this year. The Secretary of State attributed the expected increase in production to joint force efforts to crack down on fishing crimes.

According to the Joint Forces report, from April 1 to 24, a joint team of Siem Reap Provincial Fisheries Administration, police forces and the National Armed Forces cracked down on six illegal fishing activities and brought four perpetrators to justice. The force also confiscated and destroyed illegal fishing gear.

At the same time as repression, we observe that fishing offenses have decreased. Many anglers have been educated and understand the use of legal fishing gear.