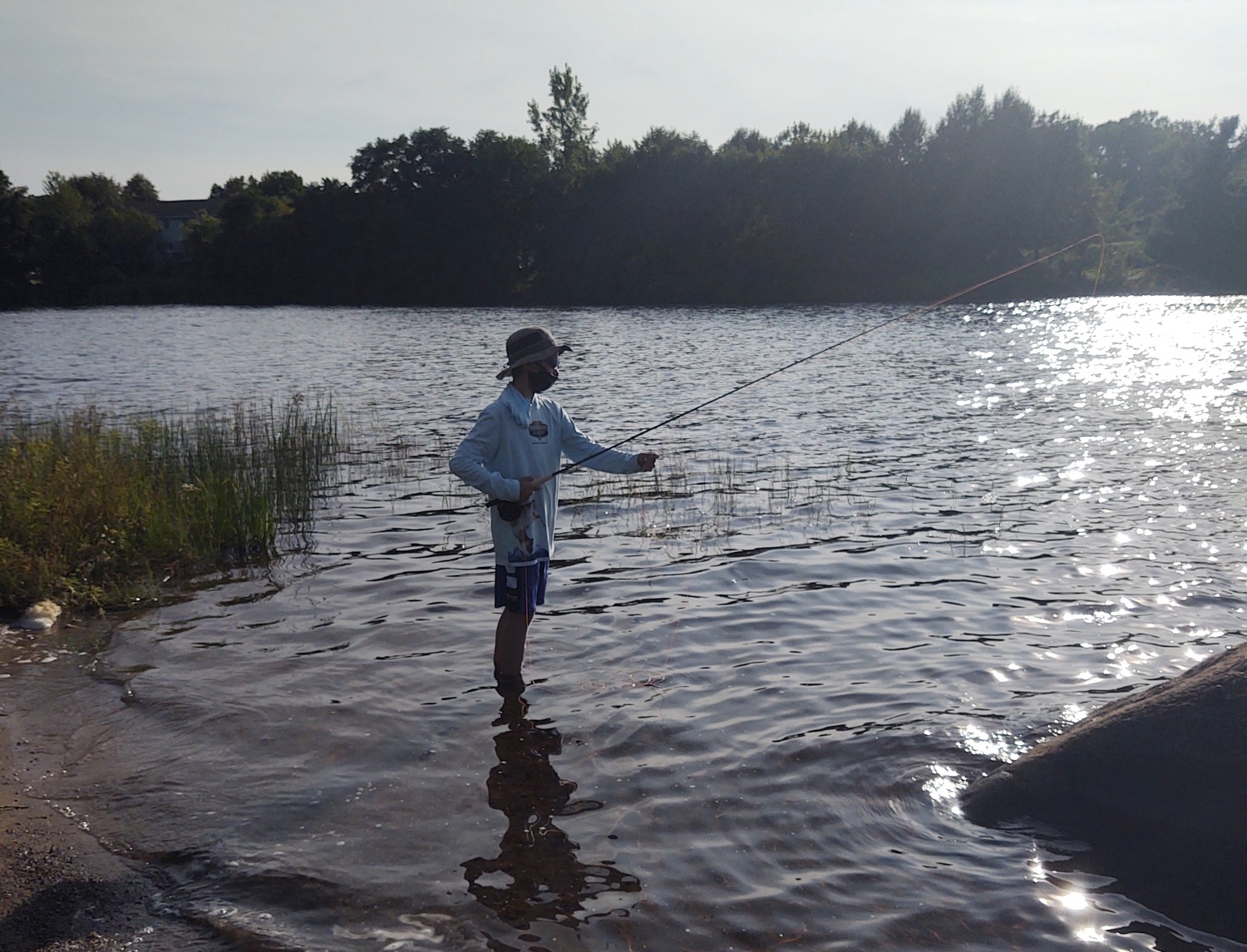 Angling for a busy fishing season

Wielding a fishing rod in a photogenic way your correspondent has never succeeded. Photo: Mitch Teich

We are nearing the end of the school holiday triumvirate here. Our son’s February break, our daughter’s spring break at college, our son’s spring break – they come and go, and because it’s the north of the country, it snows during all of them , just to remind us that there are places other people go on spring break.

Of course, you can’t really get away for three school holidays in a row, so last week was a pretty modest spring break for an eighth grader, unless you’re planning on cleaning up the branches in our yard, clearing the dishwasher and complete 37 Formula 1 Races on Xbox.

But he and I went fishing. I like fishing, or at least I like fishing with my son. He tends to catch fish, while I make positive comments and take pictures of him with his haul. My own fishing career has advanced only slightly since I was a child, and the time when I was five years old and convinced my parents to let me out onto a dock, with a fishing rod we had acquired from God knows where, and I caught what might have been a sardine that had fallen off a boater’s pizza.

I pretty much quit fishing after that triumph until we moved here and Charlie – uh, got hooked. (You’re trying to write that sentence without that lame pun.) He took a really scientific approach to fishing, reading books, magazines and websites, browsing the fishing sections (ha ha!) of stores and asking the right questions of the right people. That means asking people with fishing experience what the right types of lures and techniques are, and asking me if I’m going to take it to the river.

I really enjoy spending time with him, even though I’m still figuring out (seriously, another fishing pun?) the lexicon. We’ll be on the pier or on the shore or on a friend’s boat, and Charlie will say, “I wonder if I should use top-water or chatterbait? And he’ll think about that for a while, going over the pros and cons of each, depending on whether he’s looking for smallmouth bass, pike or tarpon; while I’m busy looking for the scissors to cut my fishing line after again catching a submerged rock ledge. By the time this is accomplished, he has settled on a senko bait, as “they catch everything”.

What’s great is that there are a million places to cast a line in the North Country, so there’s a fishing trip for every occasion – after baseball practice , on a Sunday morning, when you’re 13 and you’re trying to avoid emptying the dishwasher – without needing much planning.

Our first trip of the year actually involved a bit of planning – Charlie wanted to go fetch trout with his fly fishing gear, and so we found a beautiful spot that was completely undiscovered this Friday morning – undiscovered at the times by other people and also by fish. But there will be many more trips to come this season, I expect.

In fact, Charlie has just arrived from the other room at this moment, where he was about to rewind my reel, which had worn out from catching so many logs and pebbles. “Do you want a six-pound line or a ten-pound line?” He asked. I suggested that ten pounds of fishing line sounded a bit heavy, but he just rolled his eyes and proceeded to put the line on my reel. And I’m grateful, because you never know when a ten-pound sardine will strike.